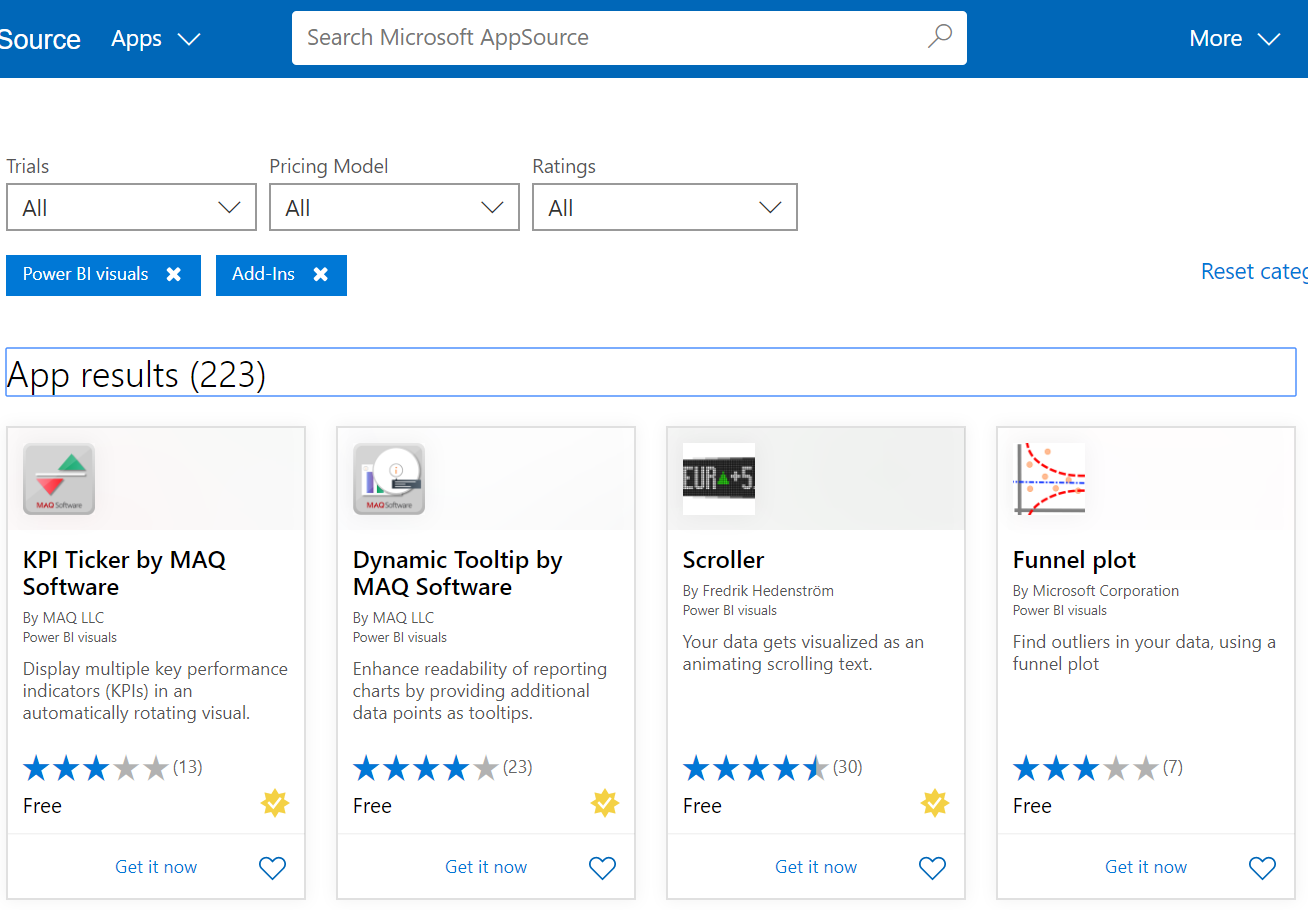 As a Power BI consultant I use many custom visuals from the AppSource marketplace and have tested many more, if not most of them. The good news is that there are some excellent visuals in there. The bad news is that quality and usefulness is all over the place, and there are quite a few unmaintained visuals that haven’t seen any love since their publication 2-3 years ago.

I should start by thanking these publishers who contribute their visuals for free. Thus the following unsolicited feedback and guidance will hopefully be received as constructive:

The underlying principles to these suggestions are the following:

AppSource risks becoming a bit like WordPress or mobile app marketplaces where you’re drowing in options but none of them really work well. In the case of WordPress, many plugins and themes in effect try to rebuild WordPress within WordPress, with many themes behaving as horribly clunky mini-CMSes instead of sticking to presentation. There’s always a tension between quantity and quality, and while it’s great to have options, there’s a cost to having to sort through them and find what’s working.

Granted, the first wave of custom Power BI visuals from 2017 is probably worse in that regard and obviously, this is also where abandonware syndrom is more of an issue. But at about 220 visuals things are already starting to get cluttered. Obviously that’s an issue for Microsoft to manage but everyone should act responsibly in how they contribute to the pool, or whether they should at all.

I’m not sure whether publishers can voluntarily unpublish from AppSource [*], but if that’s possible maybe some of them should do that if their visual is effectively discontinued. Don’t get me wrong, I’m not judging as I myself abandoned a bunch of projects and websites over the years.

[*] Update: the esteemed David Eldersveld confirms that publishers can unpublish their visual, which he just did with his R DataTable. Unfortunately Microsoft just 404s the page rather than keeping a landing page with some explanation about the discontinuation. The visual continues to “live” on Github, where you can see that there are 11 open issues, as well as David’s warning that “R DataTable is provided “as-is” with no direct developer support. If you find an issue with the visual, please log it here on GitHub. Please note that logging an issue is no guarantee that your issue will be resolved.”

This is a seminal example of a visual that would require significant resources to take from good to great, and keep it there, as all pieces of the underlying dependency stack keep shifting. Such an endeavor is not sustainable as a single developer’s side labor of love. It’s a shame as the underlying Datatables plugin is fantastic (I’ve used its original JavaScript flavor) and David’s visual checks several requirements not met by anything else in Power BI.

As Microsoft finally embraced open source after years of denial under Steve Ballmer, the company will have to deal with well-known OSS sustainability concerns affecting their ecosystem. Of course abandonware is even more of a problem with commercial software with Google being the worst offender there.

Meanwhile, for these authors that my entry might jolt into updating their visual, you’ll want to check out Daniel Marsh-Patrick’s blog for examples and tips.