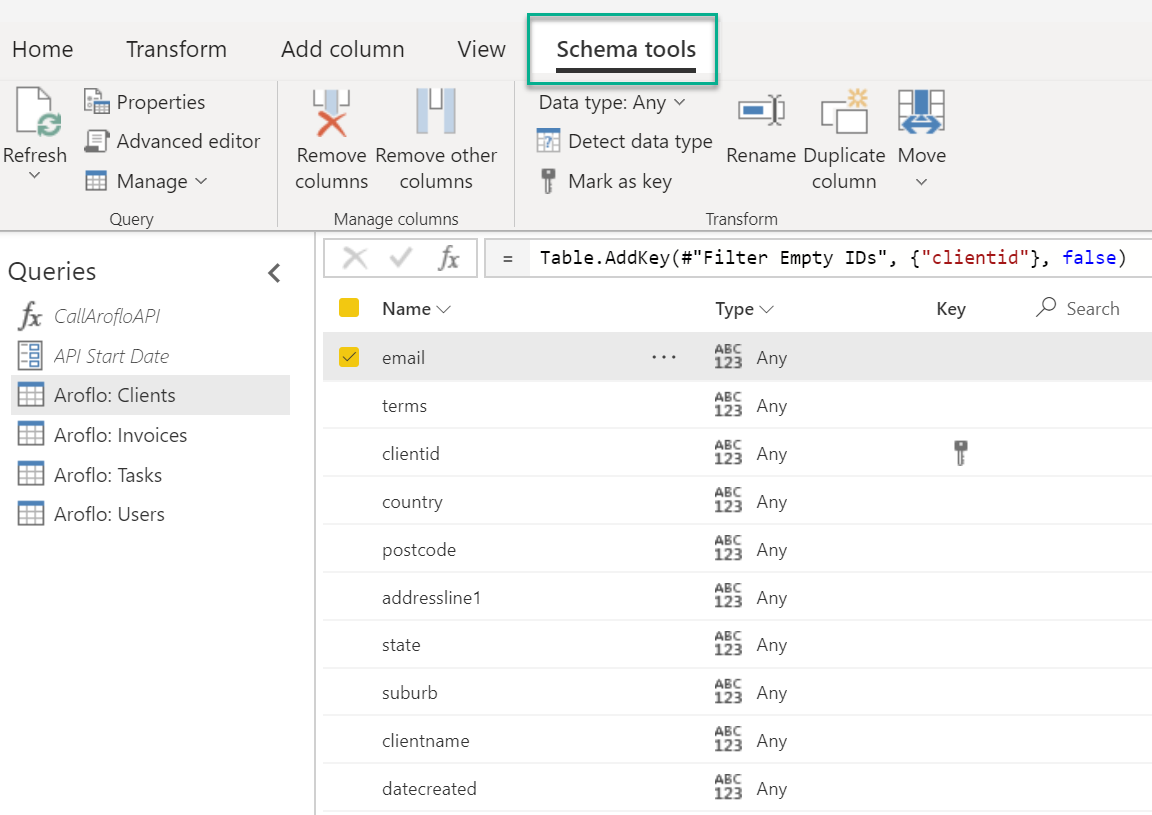 A new view (pictured above) was recently spotted recently “in the wild” in Power BI dataflows (credit for the find: Dave Rujiter). I can’t find anything about it in the official documentation as of early August 2020. It’s not yet in Power BI Desktop, but I suspect this will be part of the August release.

This feature is a welcome addition that provides a column/schema centric vertical view of a dataflow, instead of the familiar data preview. “Wide” schemas with lots of columns are usually frowned upon in BI, but it’s pretty easy to have more columns than fit in one screen’s width in the data preview. This view lets you see and search all columns without scrolling horizontally. People coming from a relational database background will think it’s a no brainer. In my anecdotal observation, clicking through the steps feels faster than in the default data preview view.

You still get access to the formula bar and query properties, but the goal here is to manipulate columns:

Schema Tools are also available in PowerApps and Azure Data Factory, suggesting that the underlying code base and deployment cycles for all versions of dataflows in Microsoft’s platform are common or at least in very close sync. Incidentally I’m puzzled that Azure Data Factory is not mentioned in the Power Query website, which would deserve more love, like having its own blog.