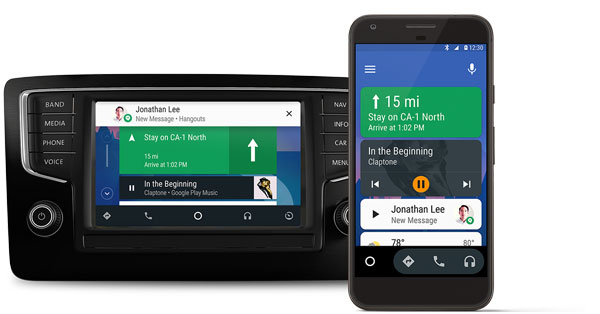 As a user, it’s hard not to notice that these days, Android apps such as Google Now, Maps, Waze, or Contacts, are increasingly integrated behind the scenes in a way that reduces friction and just surfaces up the information you need when you need it. This often happens with little to no explicit user input, which can be spooky at times, but it works. Black Mirror and Her are warning us not to fall for it, but I’m sure we’ll let the computer overlords take over anyway because it’s just too convenient and we’re just too lazy.

Thus taking for granted that for better or worse, we’re not going to opt out from being babysat by AIs, here are some notes on where’s Google at.

First off, let’s backtrack for a minute. Since the late 2000s I felt that the quality of Google organic (desktop) search results was on a steady declining slope. Self-proclaimed efforts to fight spammers and content farms often rang like lip service. In practice it seemed the company was happy to milk its quasi-monopoly and let the user experience of its core product slide. In the process, Google contributed to effectively drive the “traditional” and indie web into the ground, buried under endless content marketing native advertorials and the Taboola/Outbrain plague of 2014. No wonder everyone started to use ad blockers.

It became obvious that 2010s-Google was excited about radically new technology (e.g. self-driving cars) as well as distracted by its competition (e.g. chasing Facebook’s tail with Google+), and dropped the ball on core search.

However, in the past couple of years, I’ve been more and more satisfied by the Android user experience. The introduction of material design in 2014 was a big step, and Android 6.0 was another big one in 2015. This got me increasingly convinced that “beyond search / beyond desktop” was a real tectonic shift and not just hype. Since I live in an emerging country (Chile) it’s even more prevalent because for many people here, their smartphone is their computer. And most people have a smartphone.

Right when Google started to follow the likes of IBM or Microsoft as another complacent, out-of-touch incumbent, it became an interesting company again. So here are some pointers about their 2016 I/O event:

“[A]ny time spent using the increasing number of Google products that rely on machine learning-based artificial intelligence — translation, voice and image recognition, and yes, search — quickly make it obvious just how much better Google is, and, thanks to the copious amount of data at the company’s disposal, how much better they are likely to become. The problem is that in today’s world being the best may not be enough. […]

The problem is that as much as Google may be ahead, the company is also on the clock: every interaction with Siri, every signal sent to Facebook, every command answered by Alexa, is one that is not only not captured by Google but also one that is captured by its competitors. Yes, it is likely Apple, Facebook, and Amazon are all behind Google when it comes to machine learning and artificial intelligence — hugely so, in many cases — but it is not a fair fight. Google’s competitors, by virtue of owning the customer, need only be good enough, and they will get better.”